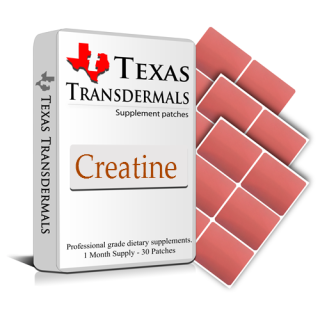 Creatine is a chemical that is normally found in the body, mostly in muscles. It is made by the body and can also be obtained from certain foods. Fish and meats are good sources of creatine. Creatine can also be made in the laboratory.

Creatine is most commonly used for improving exercise performance and increasing muscle mass in athletes and older adults. There is some science supporting the use of creatine in improving the athletic performance of young, healthy people during brief high-intensity activity such as sprinting.

Creatine use is widespread among professional and amateur athletes and has been acknowledged by well-known athletes like Mark McGuire, Sammy Sosa and John Elway. Following the finding that carbohydrate solution further increases muscle creatine levels more than creatine alone, creatine sports drinks have become popular.

Creatine is allowed by the International Olympic Committee, National Collegiate Athletic Association (NCAA) and professional sports; however, the NCAA no longer allows colleges and universities to supply creatine to their students with school funds. Students are permitted to buy creatine on their own and the NCAA has no plans to ban creatine unless medical evidence indicates that it is harmful. With current testing methods, detection of supplemental creatine is not possible.

Americans use more than 4 million kilograms of creatine each year.

Intramuscular acidosis has been attributed to be one of the main causes of fatigue during intense exercise. Carnosine has been shown to play a significant role in muscle pH regulation. Carnosine is synthesized in skeletal muscle from the amino acids l-histidine and beta-alanine. The rate-limiting factor of carnosine synthesis is beta-alanine availability.

Supplementation with beta-alanine has been shown to increase muscle carnosine content and therefore total muscle buffer capacity, with the potential to elicit improvements in physical performance during high-intensity exercise.

Although beta-alanine does not improve maximal strength or VO2max, some aspects of endurance performance, such as anaerobic threshold and time to exhaustion, can be enhanced. Beta-alanine supplementation seems to be a safe nutritional strategy capable of improving high-intensity anaerobic performance.

Recommended Use:
Adults: Apply one patch daily or as recommended by a healthcare professional.

*Please note: You don't need a Paypal account to order. I combine shipping costs and will refund any overcharge.